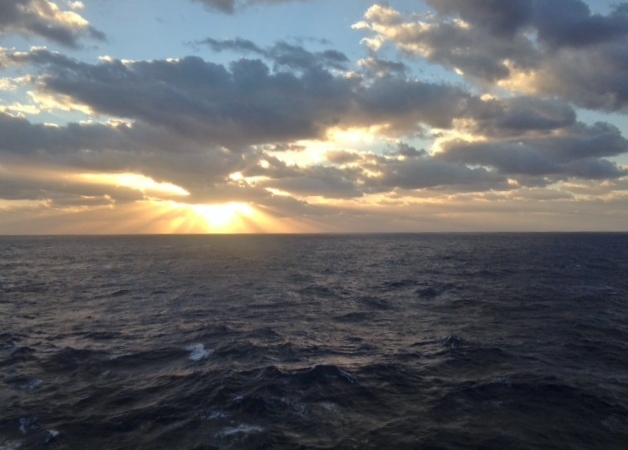 “May you live in interesting times,” I’ve often heard said, is a traditional Chinese curse. The thought, whether originating in Asia or not, is that times are made more “interesting” when they are filled with strife and trouble; peaceful times are boring.

I refuse to allow discord to co-opt one of my favorite positive words – interesting – because we like to think we live interesting lives.

We’re a week away from setting out on our next adventure and I’ll admit the possibility of it becoming too interesting has caught our attention. Planning began almost nine months ago when we booked a cruise departing San Antonio, Chile – near the capital of Santiago – through the Panama Canal to Florida.

However, in early October, protests began in Chile over the rising cost of living, peaking Oct. 25 when more than a million people took to the streets around the country, particularly in Santiago.

Optimistic things would settle down before March (to some degree, they have), we booked flights that would put us in Santiago three days before the ship sails. Another couple is meeting us there to explore the city. Two other couples are joining us on the ship. We were busy planning what to do and looking forward to fun times on the cruise.

Then the COVID-19 virus took over news cycles.

Infectious diseases aboard a cruise ship is always considered a valid threat. Passengers are not allowed to serve themselves from the buffet line the first few days. Staffers are constantly wiping down handrails and cleaning rest rooms. Hand sanitizer dispensers are located throughout the ship, especially around the food areas. They’re always willing to deliver food to your stateroom. And I’m certain those efforts are currently being multiplied.

Meanwhile, the virus is spreading – or our detection of it is improving – and the CDC is advising the elderly (none of us are quite that old, we think) to not board cruise ships and to even rethink airline travel. However, those with conditions that make them more susceptible to disease should not travel, we’re told, and that does affect some in our group.

The cruise line, Holland America, has offered, in light of the current situation, to allow us to transfer the non-returnable parts of our fees to a future cruise, so that would make it easier financially. We’re not sure about the airline, which is based in another country, but maybe we can get some help from it, too.

That all said, we’re also very much in line with the prospect of pressing on. Warnings like this usually sound much more severe than necessary.

One thought on “Interesting times”